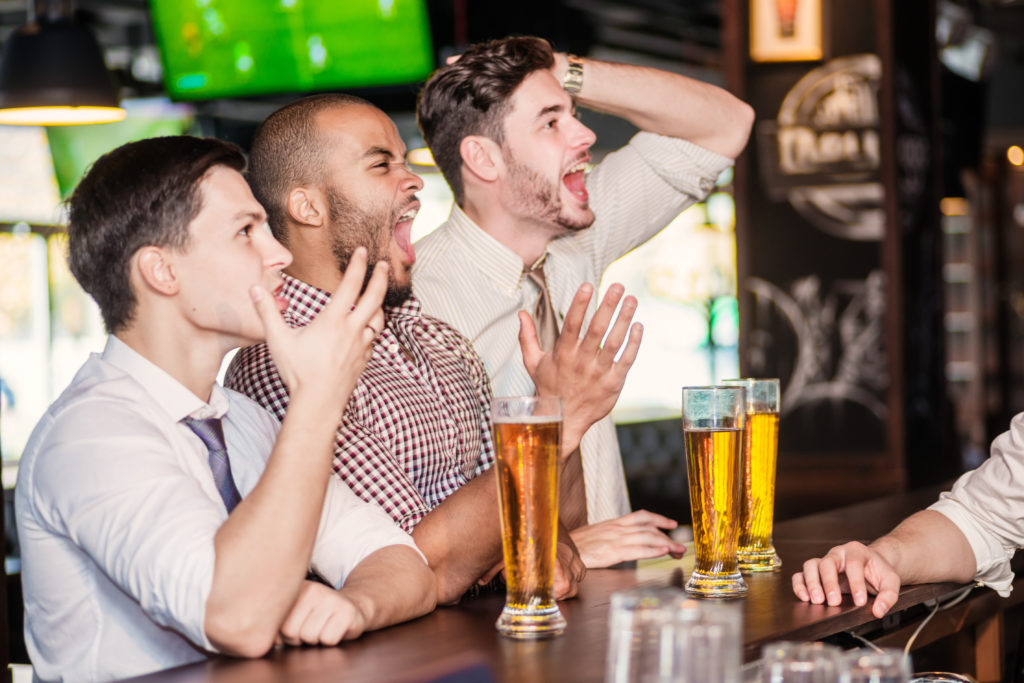 Like any big event, the Super Bowl brings big economic benefits to its venue.  It also brings a temporary spike in certain types of crime. Arizona can expect to see an increase in: Fraud, Prostitution, Drug Crimes, DUI and even Illegal Gambling.  While a lot of this will be confined to Glendale and the greater Phoenix area, Tucson will also see a temporary spike in some of these crimes (Fraud & Theft, Prostitution, and perhaps DUI) as the result of the Tucson Gem & Mineral Show.  It is said to be the oldest and largest gem and mineral show in the world and it happens to start on the same weekend as the Super Bowl.  With 3,990 vendors at 40 different locations throughout town, there are a lot of visitors in town with a lot of valuables.  Most of them are trying to make some money, but they are also here to have some fun. Unfortunately, a number of them with leave while still facing criminal charges in Arizona.

Any time there is a big sporting event, there are people trying to make money selling tickets.  Under A.R.S. § 13-3718, ticket scalping in Arizona is prohibited within 200 feet of an entry to the event or within 200 feet of the entry to a parking lot next to the event.  Even if tickets are sold in a legitimate location (and even if they are offered online), some are counterfeits.  It’s best to buy from an authorized seller, but if you’re going to buy from a ticket scalper, at least take a seating chart with you.  It might also be helpful to carry a picture of legitimate event tickets with you for comparison, perhaps on your cell phone.

While most of the vendors at the Tucson Gem & Mineral Show are legitimate and you can find some great bargains their, there always seems to be reports of fake jewelry or stolen gems.  It’s important to be vigilant and take precautions with your valuables.

When a big event brings a lot of visitors, especially visitors with money, it can be a magnet for prostitutes and drug dealers hoping to cash in on vice.  This phenomena has been documented at past Super Bowls and Tucson Gem & Mineral Shows.  ABC News has even called the Super Bowl the “Largest Weekend in US Prostitution.”  This problem will never be eradicated, but authorities will always try.  Law enforcement agencies throughout Arizona have been known to conduct periodic sting operations to apprehend prostitutes, pimps and Johns.

In Arizona, even a first-time, misdemeanor prostitution conviction carries a mandatory 15 days in jail under A.R.S. § 13-3214.  Fortunately, both Phoenix and Tucson City Courts have diversion programs that are often available to first time offenders and can allow them to avoid jail time if they meet certain requirements.  If you’re charged in another jurisdiction, however, these programs may not be available.  There are also numerous ways that someone involved in prostitution can be charged with a felony offense in Arizona.

Arrests for drug possession and sales also increase big events.  For more information on this topic, follow these links: Consequences of Drug Possession in Arizona, Possession of Marijuana in Arizona.

Driving Under The Influence (DUI)

Arizona has some of this country’s harshest DUI laws.  During events like the Super Bowl, whether it is hosted in Arizona or not, local law enforcement always steps up its DUI enforcement.  There’s a good reason for this, as a higher than average percentage of traffic fatalities are caused by drunk driving on Super Bowl Sunday according to the National Highway Traffic Safety Administration.

Needless to say, be very careful if you are driving on Super Bowl Sunday.  Whether you are drinking at the game itself or at a Super Bowl party, try to plan a safe way home.  If your plans fall through, try calling a cab or using a service like Uber to get a ride.  If you do find yourself the subject of a DUI investigation, be prepared.  Here are some links for more information about Arizona DUI laws: What To Do If Stopped By Police, Dealing With A DUI Investigation, DUI Defense Strategies, Extreme DUI in Arizona, Marijuana & DUI in Arizona.

If you end up getting charged, the best advice I can give is to call a qualified Arizona DUI attorney for help.

Arizona is home to 23 casinos, all of which are operated on Tribal lands by 16 different Arizona Tribes under the Arizona Tribal-State Gaming Compact.  So there are plenty of opportunities to gamble in both Tucson and Phoenix.  Unfortunately, all of these casinos lack one important thing: a sports book where bets can be placed on sporting events.  This is because the federal “Professional and Amateur Sports Protection Act” (28 U.S.C. § 3702) prohibits sports wagering, although it carves out an exception for the licensed sports books in Nevada.  Millions are legally wagered in Nevada casinos every year on the Super Bowl.  Obviously, no one knows how much is illegally wagered every year, but the American Gaming Association estimates that $3.8 billion will be illegally bet on this year’s Super Bowl.

While it is unlikely that you will be charged for betting a friend that your team will win the Super Bowl, Arizona does have laws prohibiting the promotion of gambling, a Class 5 Felony (A.R.S. § 13-3303) and benefiting from gambling, a Class 1 Misdemeanor (A.R.S. § 13-3304).  There are a plethora of online sports books that claim it is not illegal for people in Arizona to place wagers online, but I wouldn’t take their word for it.  This is a gray area at best.  In addition to the Arizona laws cited, there are federal laws that arguably prohibit gambling via electronic means.   The FBI has also proclaimed online gambling illegal.  Even though it is almost always the sports book operators that get charged under these laws, the people who have accounts with them usually loss their money as a result.

If you are one of the unlucky few who ended up with criminal charges in Arizona during one of these events, or anytime for that matter, it is essential that you consult an experienced criminal defense attorney to understand your options.