If you are cited for a DUI while on federal property within Arizona, it is a federal crime and your case will be brought in the federal district court.  There are many types of federal property in Southern Arizona, including military bases (Davis-Monthan Air Force Base, Ft. Huachuca, Luke Air Force Base…), national parks (Saguaro National Park), national monuments (Casa Grande Ruins National Monument, Chiricahua National Monument), national forests (Coronado National Forest), and VA hospitals (Southern Arizona VA, Phoenix VA).  Federal DUI cases are prosecuted pursuant to different laws depending on the type of federal property on which they occur.

Most federal DUIs are considered “petty offenses”, but don’t let the name fool you.  These federal DUI are usually classified as class B misdemeanors punishable by up to 6 months in jail.  Because they are “petty offenses”, however, they are tried by magistrate judges rather than district court judges or juries.  This is much different than DUIs in state court, at least in Arizona, where you have a right to a jury trial.

Many federal DUIs, including those occurring on military bases and national forests, fall under the Assimilated Crimes Act (18 U.S.C. § 13).  This is a provision of federal law that incorporates and applies state laws where there is no federal corresponding federal law.  In other words, the federal prosecution of these cases will be guided by Arizona state DUI laws rather than a specific federal DUI law.  Even though the state DUI laws are used, it is a federal crime and federal rules of procedure will still apply.

DUI In A National Park

If you are cited with a DUI at national park, there is a specific federal statute that applies (36 C.F.R. § 4.23) so state law does not come into play under the Assimilated Crimes Act.  This federal statute is a bit different than the Arizona DUI statutes.  You are in violation if:

As you can see, federal DUI cases are unique.  Federal procedures are also much different than those in state court, so it is important to consult an experienced federal defense attorney who understands both federal and state DUI laws. 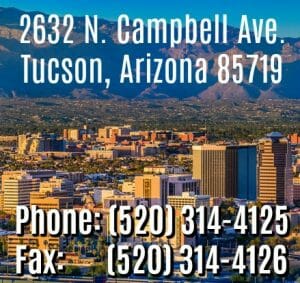 Consult the following links for more information about Arizona Criminal and DUI laws, as well as local court information: