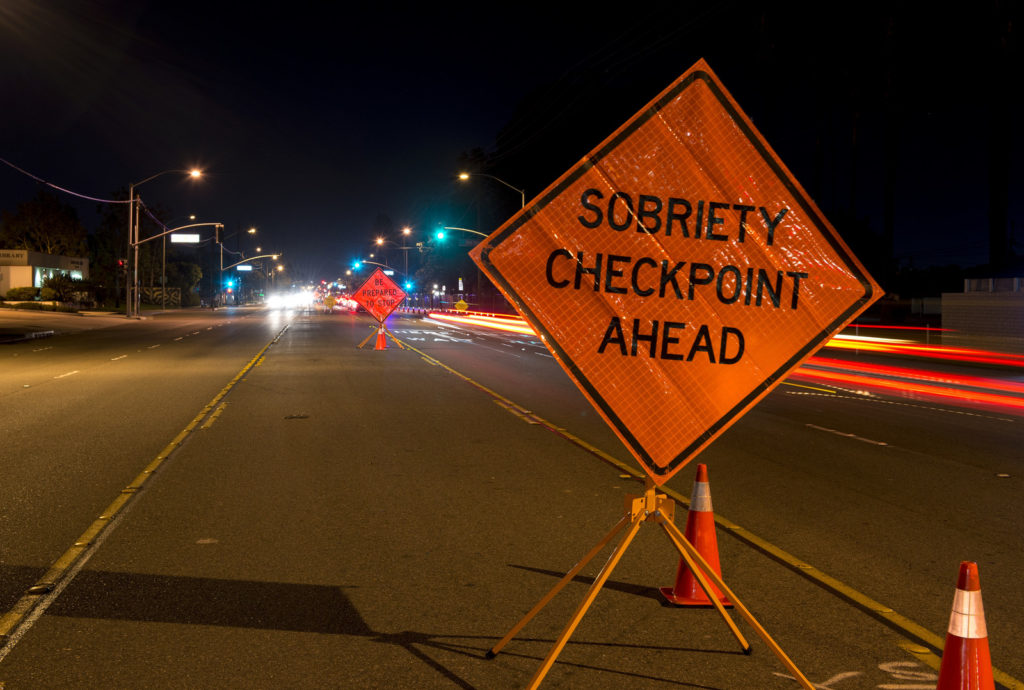 Normally, a police officer needs a reason to stop your car and start a DUI investigation. This is not the case at DUI checkpoints. A few states have found that DUI checkpoints are unconstitutional, but the U.S. Supreme Court has determined that they are constitutional if done properly and a majority of the states, including Arizona, allow these checkpoints. The checkpoints are usually set up in high traffic areas, often near bars or large events where people may be drinking. Officers at a checkpoint may stop every vehicle or use a predetermined formula (like every third car) to stop random vehicles without cause.

There’s no question that getting impaired drivers off the road is important for public safety, but DUI checkpoints seem like an ineffective, or at least inefficient way to accomplish this. At a recent DUI checkpoint in Pima County, for instance, 344 drivers were stopped and only one was arrested for DUI. This result is not unusual. Trained DUI officers patrolling the same area would undoubtedly be more successful in identifying DUI drivers.

So why are DUI checkpoints used? Well, the government would probably say that they are a deterrent; if the public knows that there will be a DUI checkpoint, people may choose not to drink and drive. It seems unlikely to me, however, that many offenders ever even get advanced notice of a DUI checkpoint. Even if they did, I doubt it would affect their decision making process. The real reason these checkpoints are used is more likely related to money.

Most of these checkpoints are funded by grants from outside sources, like the National Highway Traffic Safety Administration, rather than by the agency conducting the checkpoint. Most of the officers involved are being paid overtime from these funds to work the checkpoint. This means that there may be a financial incentive to increase arrest rates at these checkpoints. If a checkpoint results in more arrests, it appears more effective and increased the likelihood more checkpoints will be funded. I don’t think many law enforcement officers would let this incentive affect their work, but it’s still concerning. It’s also concerning that taxpayers are footing the bill for these checkpoints when regular police work is more effective and efficient.

Even though police officers at Arizona DUI checkpoints can stop any car going through the checkpoint without reason, there are ways that a checkpoint arrest can be challenged.  Court’s can review the reasonableness of checkpoint based on the Fourth Amendment. A law enforcement agency should take certain steps to administer a checkpoint properly.

What To Do If You Are Stopped At A DUI Checkpoint

If you can avoid going through a DUI checkpoint, you probably should.  At the very least, going through checkpoint is inconvenient and an unnecessary intrusion on your liberty.  A properly administered Arizona DUI checkpoint is required to include signs giving drivers advanced notice of the checkpoint.  You have a right to turn around if it is physically possible and safe to do so.  Although this may be viewed as suspicious behavior, it should not be enough, in itself, to give an officer reasonable suspicion to stop you.

If you are stopped at a DUI checkpoint, be polite and cooperative.  You should be prepared to show the police your driver’s license and registration.  Officers will be looking for fumbling or nervousness as clues of a DUI violation.  Remember, you still have the right to remain silent and can invoke it at any time.   You are not required to consent to a search of your car, but you can’t stop the police from searching if they choose to (although the search may be contested later in court).  You can refuse to take field sobriety tests, but you should normally submit to a breath or blood test if requested.  As always, it is a good idea to request an attorney before answering questions or submitting to field sobriety tests.

* This blog is published by Tucson criminal defense and DUI attorney Nathan D. Leonardo. Nothing on this website is intended to create an attorney-client relationship. The information provided herein does not constitute legal advice, but is for general information purposes only. If you have a legal question, you can contact us online or call (520) 314-4125.