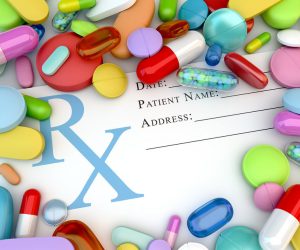 When most people think of DUI charges, they think about drinking alcohol and driving. But DUIs come in many varieties, one of which is driving under the influence of medication.  No one is really immune to this type of DUI, but it’s of particular concern to a group of people that most wouldn’t consider “at risk” for being charged with DUI: the elderly.  The older we get, the more likely it is that we will be prescribed medication for one ailment or another – often multiple medications — but we still need to drive.  With the high number of retirees living in Tucson and southern Arizona, DUI charges resulting from prescription medication is a real problem.

There are two ways you can be charged with a DUI for driving while taking your prescription medication:

This is the same statute law that prohibits driving with illegal drugs in your body, but ARS § 13-3401 also lists many other types of drugs that are in various medications. Some of the most common types of medication that lead to DUI arrests are:

With this type of DUI charge, it doesn’t even matter if you’re impaired by the drug or not, just that it is in your body.  However, it is an affirmative defense to this charge if you are using the drug as prescribed by a licensed medical practitioner.  To successfully present this defense, you must not only present evidence that you have been prescribed a medication that contains the listed drug, but must also show that you were taking it as prescribed (proper dosage, on schedule…).  Expert review may be necessary to determine whether the concentration of these drugs in the blood is within therapeutic ranges. Other evidence, like drug warning labels, will also be relevant to the case.

If the police think you’re impaired to the slightest degree by your medication, you can be charged with this type of DUI, regardless of whether you were taking your medication as prescribed.  This is tricky, since many medications have some effect on the user.  Whether or not this effect equals impairment to the “slightest degree” can be an issue.  Compounding the problem is that the decision regarding whether you are impaired or not is really within the police officer’s discretion, at least initially.  The officer’s decision may be based on how you performed on field sobriety tests or it could simply be based on observations of your movement and behavior.

Obviously, it’s never a good idea to take medication that hasn’t been prescribed for you.  This is actually another crime in itself, but it also makes you more vulnerable to a driving under the influence of medication charge.  If you have been prescribed medication, it’s important to be cautious.  Make sure you read about the side effects and heed any warning labels.  Also, wait until you are familiar with how the medication effects you before driving.  If you get charged with DUI based on the fact that you are taking a prescription drug, you are facing the same penalties and consequences as someone who is driving while drunk or is high on illegal drugs.  Clearly, it’s a serious situation and it’s important to get help.