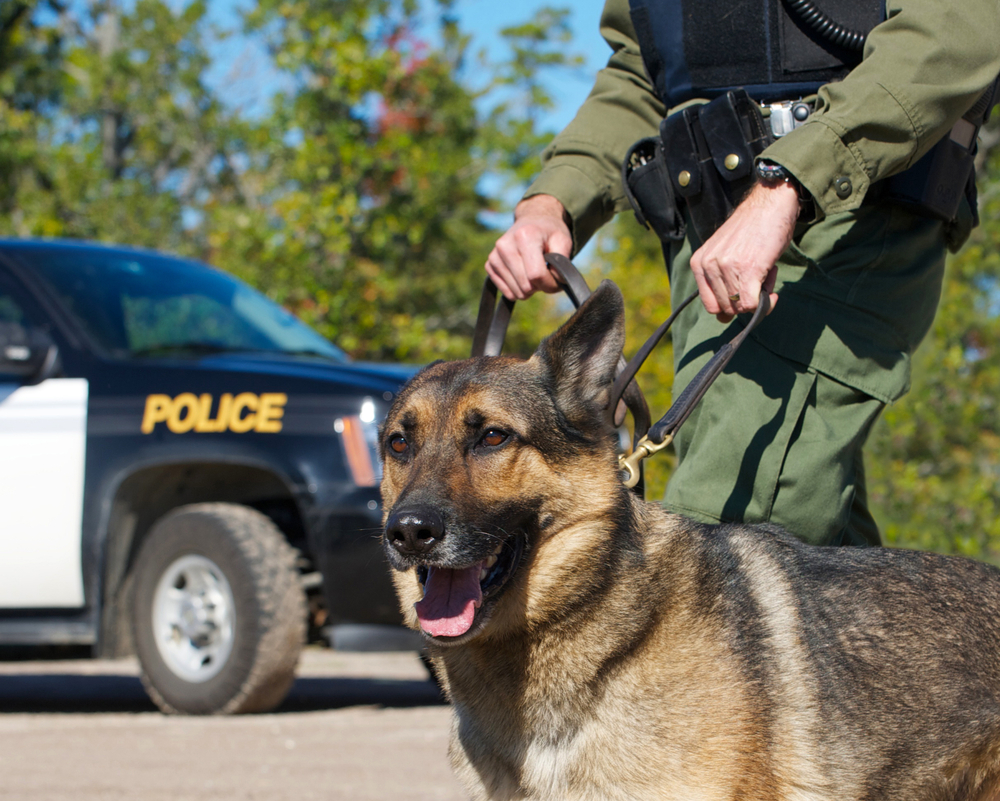 Trained detection dogs are often used by police to detect different types of contraband, including drugs, currency, and even human beings, due to their highly developed sense of smell.  These dogs are regularly used at airports, ports of entry, and border checkpoints, but they are also commonly deployed to search vehicles at traffic stops and sometimes to search people’s homes.  The Supreme Court made clear, in Florida v. Jardines, that police use of a drug-sniffing dog to investigate the outside of a home constitutes a search and, therefore, requires either consent or a search warrant.  However, the use of a such dogs to investigate the outside of a vehicle does not qualify as a search.    In Florida v. Harris, the Supreme Court held that when a trained drug detection dog alerts to a vehicle, that alert can be enough to give police probable cause to conduct a search of the vehicle.  Of course, there are some prerequisites.  A dog must be trained and certified based on some sort of proficiency testing, but law enforcement is not required to keep records of the dogs’ accuracy in the field.

Because most police departments do not keep statistics regarding the accuracy of their dogs in the field, the efficacy of these trained drug detection dogs can be difficult to ascertain.  An Australian study of drug-sniffing police dogs operating in the field, as opposed to in training scenarios, has shown that they are far from reliable.  In fact, the study showed that, over a two year period, police dogs trained to detect drugs had a false alert rate of about 74%!  Of the 17 dogs involved in the study, the most accurate correctly alerted only 56% of the time and the least accurate was correct only 7% of the time.  The majority of the dogs had an accuracy rate of 25% or less.  In the human world, that’s flunking; these dogs would have received grades anywhere between an F and an F – (if that exists).  Law enforcement argued that some of the “false positives” in the study were due to people who did not possess drugs but who smelled like drugs because they had either used drugs or been in the presence of drug users.  Of course, even if that were true, it is not illegal to emit the odor of drugs.  Thus, this argument simply highlights one of the problems with using police dogs as a basis to justify more invasive searches.  The problem is amplified in states like Arizona, where medical marijuana is now legal.

The Australian study is not alone in its conclusion that trained drug detection dogs are not reliable.  The Chicago Tribune analyzed three years of local police department data and concluded that only 44% of alerts by drug dogs led to the discovery of drugs or drug paraphernalia.  When the suspects were Hispanic, the success rate of these dogs mysteriously dropped to only 27%.  An explanation for this may be found in a University of California at Davis study, which concluded that trained detection dogs are cued by their handlers 85% of the time.  In other words, the handler has some control over whether the dog alerts or not.

Even though detection dog alerts are presumed sufficient to provide police with probable cause to search, a defendant has the right to challenge a dog’s reliability, including any training or testing standards, through cross-examination and/or the use of an expert witness.  Although it would be extremely difficult to contest the validity of an entire training and certification program set up by a large law enforcement agency, a particular alert can sometimes be challenged based on the actions of both the dog and its handler.

* This blog is published by Tucson criminal defense attorney Nathan D. Leonardo.  Nothing on this website is intended to create an attorney-client relationship.  The information provided herein does not constitute legal advice, but is for general information purposes only.  If you have a legal question, you can contact us online or call (520) 314-4125.