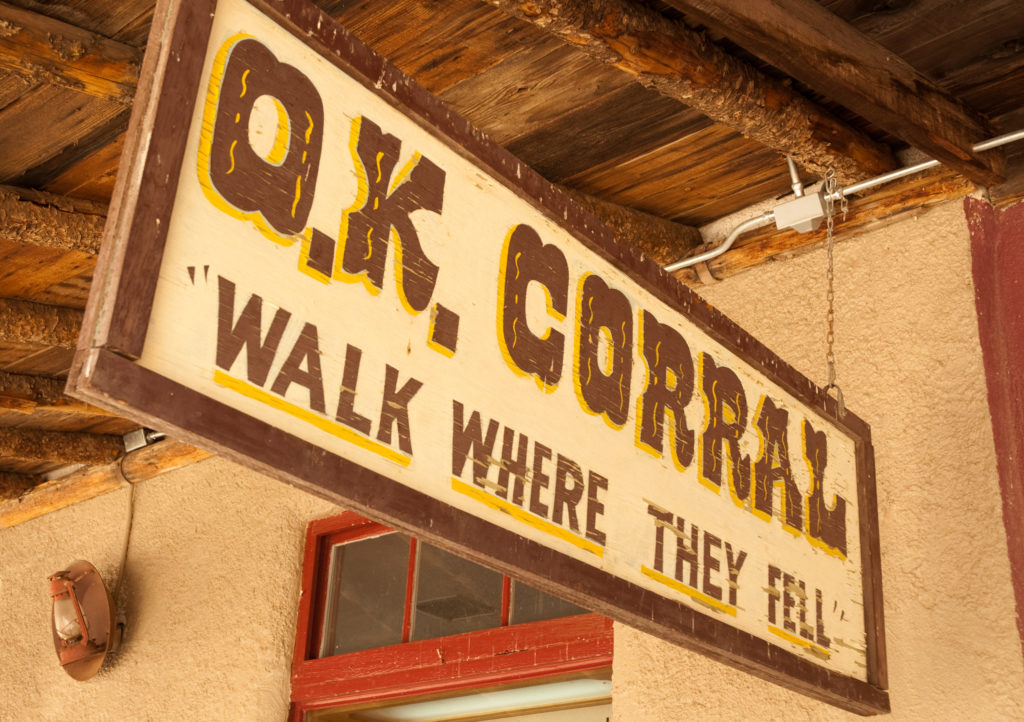 Accidents will always happen because humans make mistakes.  It’s human nature to want to blame someone when someone gets hurt and, most of the time, someone is at fault.  Our legal system deals with these people in a couple of different ways: (1) through the civil justice system, where the person at fault can be ordered to pay the victim for their losses, and (2) through the criminal justice system, where the person at fault can also be sent to prison.  What determines which of these systems is used can sometimes boil down to some pretty fine distinctions.

A good example of this is the recent shooting at the O.K. Corral in Tombstone, where an actor was shot during the re-enactment of a gunfight.  The shooter, also an actor, apparently forgot to exchange the real bullets in his .45 caliber pistol with blanks.  Based on the reports, this was simply an unintentional oversight.  Although there was a protocol in place to check each actor’s firearm prior to the show, the actor was running late and the safety check was never done.  The actor, as well as his organization, will certainly be facing some sort of lawsuit for their negligence/recklessness, but the actor is also facing possible criminal charges of aggravated assault.

How can there be criminal charges if this was truly just an accident?  Well, in Arizona, an assault occurs when a person “intentionally, knowingly or recklessly” injures someone.  If this is done with a deadly weapon, or if the injury is serious, the assault becomes aggravated and is punishable by up to 15 years in prison for a first offense.  So, while accidents are usually dealt with by the civil justice system, they can lead to criminal charges as well.  What is the deciding factor?  The key, at least in this case, is how “reckless” the act was.

There is basic recklessness, which in the civil system is when a person knew or should have known that his actions were likely to cause harm, and then there is criminal recklessness.  Basic recklessness is basically one step beyond negligence.  Criminal recklessness occurs when a person is “aware of and consciously disregards a substantial and unjustifiable risk” and the risk is “of such nature and degree that disregarding it is a gross deviation from what a reasonable person would do in the situation.”  These slightly different definitions can be the difference between being sued or going to prison.

The victims in the Tombstone case certainly deserve to be compensated, but unless there’s some other evidence of recklessness, the incident probably shouldn’t result in criminal charges.  In reviewing the case for possible criminal charges, prosecutors will be looking for additional evidence.  Unless they find drugs or alcohol in the shooter’s system, a blatant violation of policy (if, for instance, the actors were prohibited from having real bullets in their firearms at all times), or some indication that the shooter may have wanted to harm the victim, charges don’t seem warranted.  This does not appear to be the type of conduct that should constitute an aggravated assault in Arizona, which would result in a mandatory prison sentence of 5 to 15 years upon conviction.  It was an unfortunate incident, but accidents do happen.